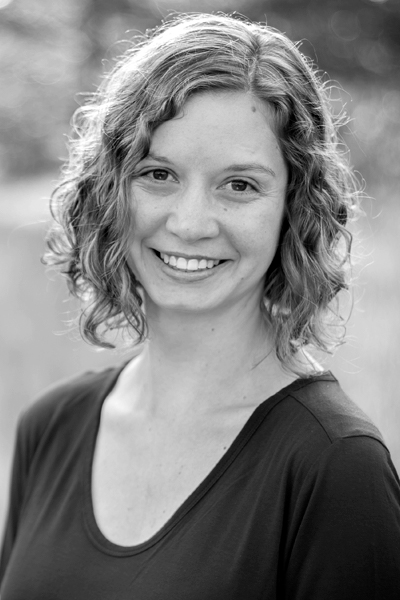 Katherine Bergman is a Minnesota-based composer who draws on literature, environmentalism, and found materials to create music that has been described as hypnotic and visceral. She has received commissions and performances from leading ensembles throughout the United States, including the U.S. Coast Guard Band, Encore Wind Ensemble, Gustavus Wind Orchestra, Duke University Wind Symphony, Zeitgeist, The Minnesota Percussion Trio, and many others.. Her works have been presented at the North American Saxophone Alliance Biennial Conference,the College Band Directors National Association Conference, and The Upper Midwest Chamber Winds Symposium, and her compositions have received support from the Minnesota State Arts Board, the Jerome Foundation, and the Metro Regional Arts Council.

Katherine holds a master’s degree from the University of Northern Iowa School of Music, where she studied composition with Jonathan Schwabe and Alan Schmitz. She earned a bachelor’s degree in music from Gustavus Adolphus College in Saint Peter, Minnesota with composition instructors including Michele Gillman and Steve Wright. She has studied extensively with Mary Ellen Childs, and has received individual instruction from Samuel Adler. Recent and upcoming projects include new works for Hub New Music, Nautilus Music-Theater, and a new work for wind ensemble commissioned by a consortium of university and high school bands.